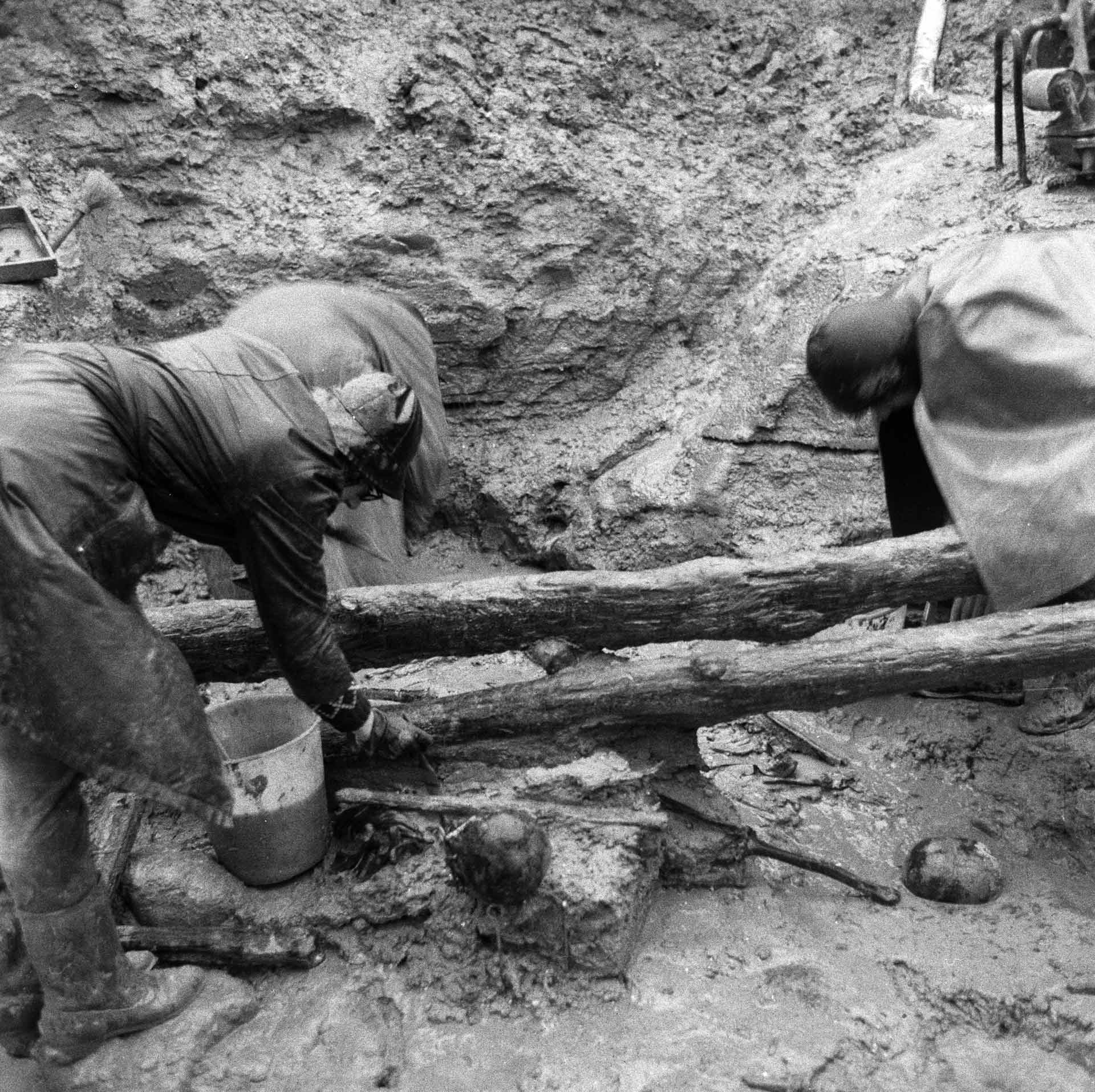 Around 100 BC, the Celtic bridge at Cornaux/Les Sauges suddenly collapsed, throwing a convoy of oxen, horses, women and men loaded with their equipment, food and tools into the water. Some escaped, others were swept away by the river’s current, while twenty-one unfortunates were trapped in the tangle of bridge beams and planks. This discovery has given rise to much controversy: some archaeologists, inspired by the debates at the nearby La Tène site, have interpreted Cornaux as a place of sacrifice, where people and goods were thrown into the river as offerings. The archaeological data, however, indicate that it was more a question of a dramatic accident, caused by a violent storm or by a sudden flood of the river.