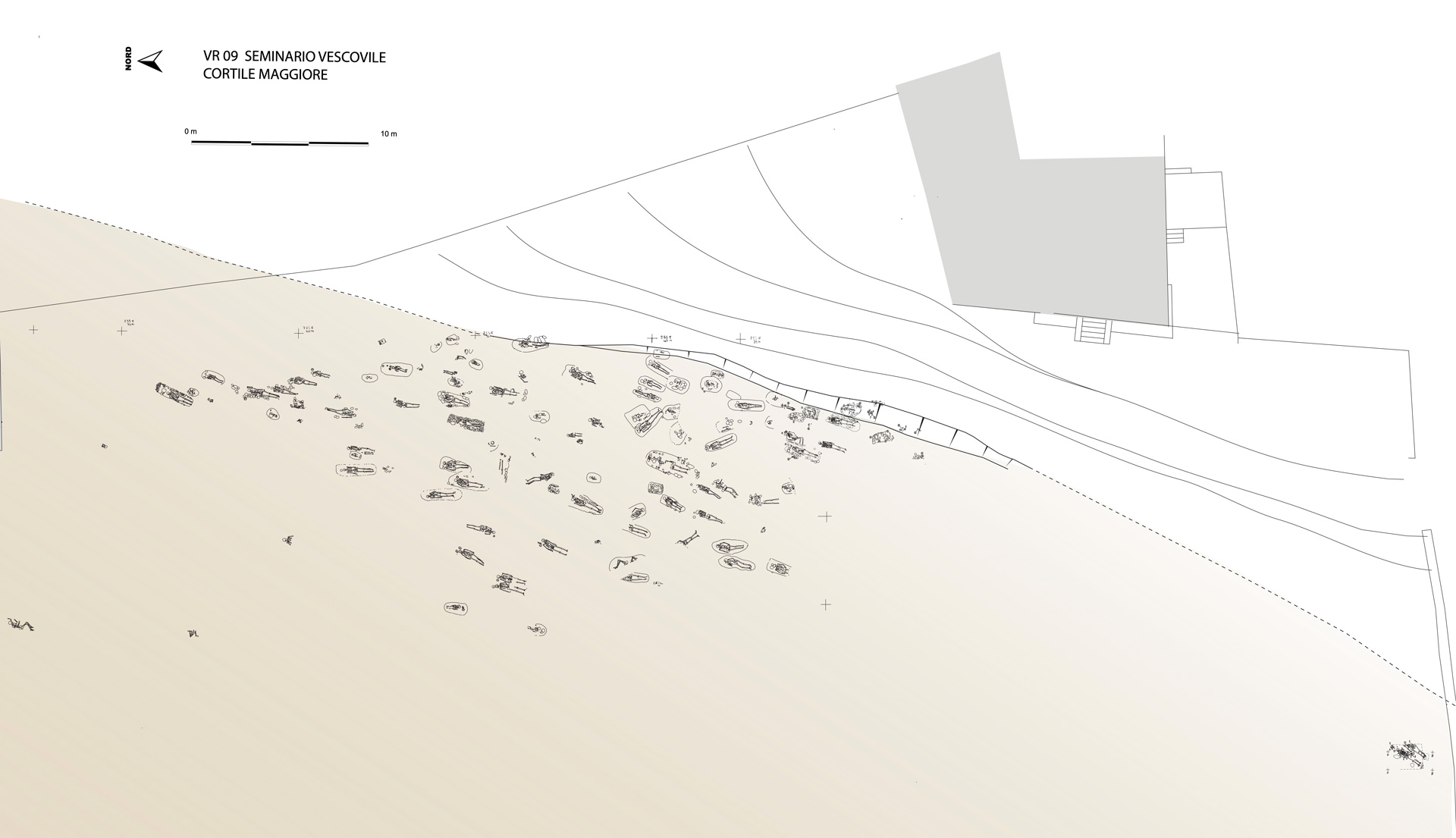 The excavation, that took place during the major renovation of the Seminario Maggiore of Verona, has revealed an archaeological situation absolutely unprecedented: a multiform stratified area whose first phase of occupation was an indigenous necropolis dating from III-I B.C., the only one of those known of that date linked to the city. The funerary area was on the eastern bank of the Adige just to the south of the hill of St. Pietro, between the river and the Via Postumia. Of the tombs, the earliest seem to be located on the summit of the old river terrace. The necropolis has been explored for an extension of over 900 sq.m., but it was much larger. In fact, similar tombs have been found to the south of Via Carducci in other excavations. 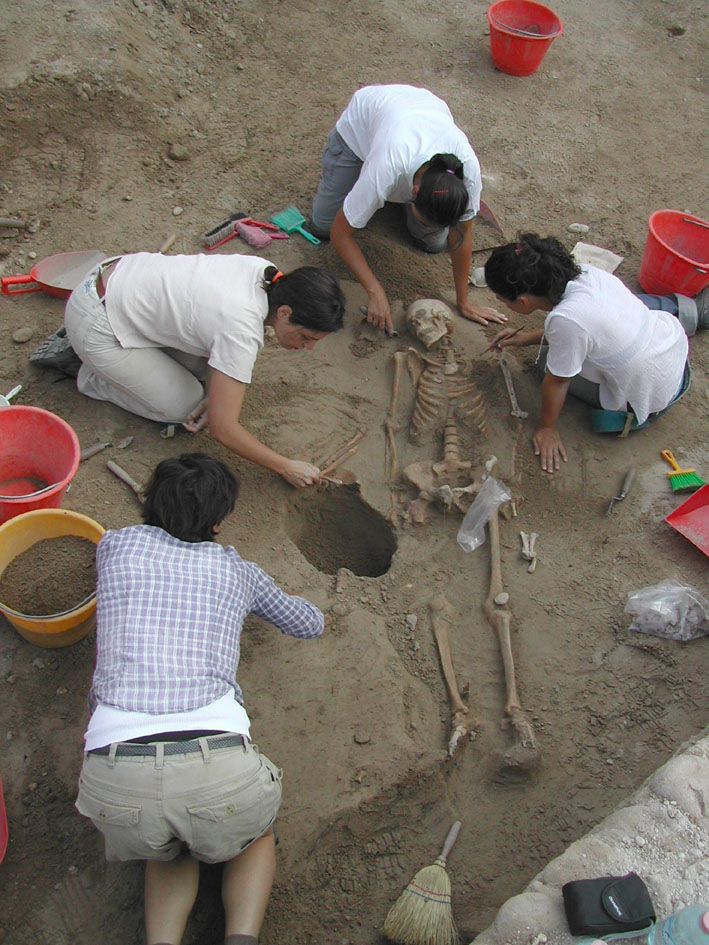 In almost all cases the funerary rite is inhumation, even though in late Celtic necropolis biritualism is the norm with coexistence of cremations and inhumations. The total number of tombs is 184 of which 163 from the Seminario: only 7 are cremations all from the south of Via Carducci on the gravel terrace. The massive presence of inhumations is one of the aspects to further explore.

70% of the tombs had grave goods, normally modest in their quantity and in their quality. In only one case, an incineration from Via Carducci 42 was present a panoply. It is also worth mentioning the ritual deposition of animals with some of the inhumations.
Subsequently, the necropolis was obliterated by an important artisan area, already in function at the beginning of the imperial age. The area was for the most part occupied by a metallurgic plant, one of the largest known in northern Italy. 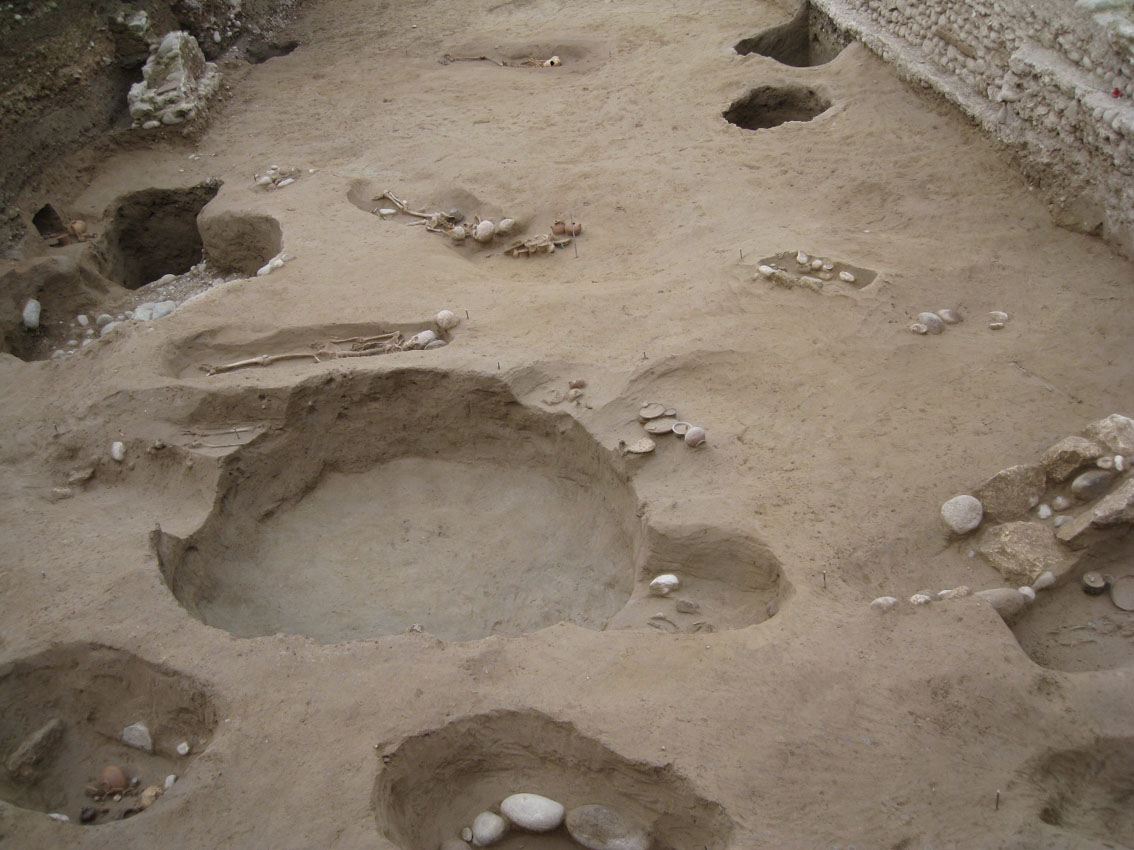 One can with reason affirm that the Seminario excavation was one of the largest and most interesting archaeological interventions in Verona in the last forty years. It has, in fact, revealed a hitherto unknown aspect of an urban sector on the eastern side of the river, that previously was thought to be occupied only by public buildings, private houses and further afield by funerary areas.